I am aware that many of you have recently been forced to suffer the bombardment of nauseating photos from my tremendously recuperative Spanish and Ibizan sojourn. The good news is that a blog post featuring many of those pics is coming soon - I know many tears of joy will be shed at the chance to re-live some of those beautiful sunset and beach shots over and over again so I'm happy to oblige... smile emoticon
Meanwhile I'd like to tell you about a friend of mine, Louise Shaw . Lou and I have been friends since we were 11. The usual story - she was good at maths and sport, I was useless at maths and sport so I immediately hated her. She was also in a cool gang being cool and probably skating to school in fluorescent rollerblades every day whereas I was shuffling around in my Clarks shoes being miles from cool with my massive ginger bouffante, wearing Girl Guide sweatshirts on non-uniform days, and wondering whether lacrosse, clearly the most pointless sport ever, was invented simply to torment gingers with no sense of direction. 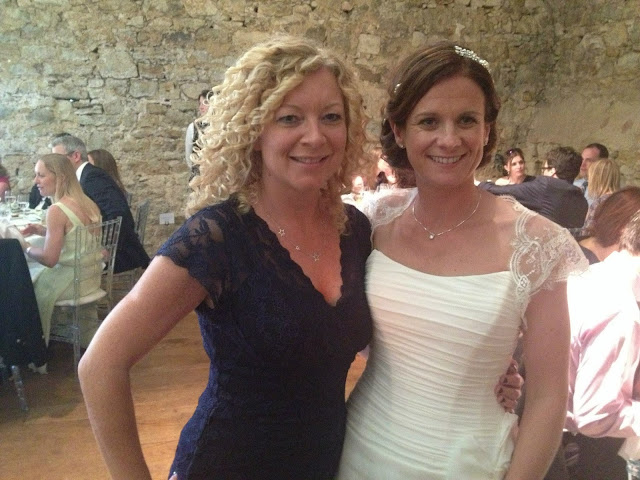 At some point though, I eventually stopped judging Lou for being smarter, better at sport and cooler than me, I forgave her for her part in convincing me to Immac my non-existent sideburns aged 12 on a school trip to France, and despite our shaky adolescent start, we became firm friends. For the last 30 years, Lou has been in my life and this year, her support has been as unwavering as the previous 29.
Lou has always been a superior long distance runner to me, despite my attempts to mirror her achievements at school. There were only 2 occasions I beat her in the 1500m, once when she "had a knee injury" (sure) and the second when I sat on her heels strategically all the way round the track, surging forward at the last minute to overtake and beat her to the line - still my greatest sporting achievement since winning the Under-14 Non-Team Singles Tennis tournament, or as some jealous runner-up said 'the best of the rest'. Hmm.
19 years ago, Lou ran the London Marathon in the time it normally takes me to run a bath. In a month's time, she will take on the New York Marathon in aid of Cancer Research. She is running for me, in memory of both our fabulous dads and with the eventual hope that less of us will have to start or join Facebook groups like this one in the future.
https://www.justgiving.com/L-Farrell/
I know not everyone will be able to sponsor Lou but if you can spare a few quid, then that would of course be sensational!
I have fallen upon my sword and agreed to take on the hardship that is being there to greet her at the Central Park finish line - prepare yourselves now for the onslaught of NYC photos... smile emoticon
Lou, you're my Forrest Gumping hero. Despite being clearly mad as a bag of frogs.