So after 14 days, 29 self-administered injections (apart from the one my friend Matt did out of curiosity - an experiment never to be repeated, I might add), 3 hormonally-charged meltdowns (that I recall) and 1 undeservedly grumpy Whatsapp conversation with one of my favourite people, the (Egg) Harvest Festival took place yesterday. And not before time frankly as I suspect several of The Fellowship were beginning to doubt the wisdom of their lifetime membership...

As a result of my chemo treatment starting on the 10th March , I only have time for one crack (egg pun alert) at this egg freezing malarkey so I have been pretty obsessive about the whole 'inject at 10.15pm' in an attempt to rally my snoozing Connerty troops into immediate action. I imagine my eggs to be a fairly chaotic and disorganised bunch, all knocking about looking confused in the wrong uniforms, some only wearing one sock and others missing a shoe etc. Hence I was keen to literally inject some order into proceedings and whip them into shape with my twice daily needle bootcamps.

On Weds, the IVF nurse declared I had 8 SAS-type follicles ready to go and 2 slightly weedier ones that probably weren't quite as keen to leave the safety of the ovarian barracks. Predictably, I felt bad for the weedy ones and hoped they'd down some protein shakes and pack on the pounds before being booted out on Extraction Day, bless them.

Awkwardly, after that appointment, I then had to actually google 'is a follicle an egg?' - turns out they are not. Does everyone know this but me? Then I absent-mindedly wandered onto some chat forums where there was a real-life 23 year old whingeing (showing off) about her 40 follicles only producing 20 eggs or something, no doubt depressing all the other poor women around her. 40 follicles?! 20 eggs? That's a battery hen! Shouldn't she be out enjoying her twenties instead of worrying about her eggs? With 40 follicles, she must have been staggering around town on all fours like a human gerbil weighed down by the sheer magnitude of her over-performing ovaries. Ugh.

Ignored her and took my 'quality over quantity' Ocean's 10 in for extraction yesterday and hoped that 14 days of bootcamp would be enough. Limpy caused a few problems for the sweating anaesthetist - all I did was ask him to promise me I would wake up from this operation with my left arm intact as I couldn't afford to lose another one. That seemed to stress him out slightly, he made a couple more visits back to my cubicle beforehand, asked some more questions, stared at Limpy in growing horror and shuffled off again.

30 mins later, I woke up with the number 10 written on my hand, which basically meant all my follicles had delivered and 10 little Connerty eggs had made it through - I had a little proud VC moment with my recovery tea and biscuits. Then I just had to wait for a few hours to hear from the scientists to learn how many, if any, were good enough to freeze. Love a waiting game, me.

The call came in about 3 hours later when I was busy making my daily nuisance call to Bupa, running verbal rings round their weary staff and no doubt being recorded yet again for training purposes. Good news - 8 of my 10 eggs were considered mature enough and are now currently residing in a 5 star freezer in North Sydney. Go, mature eggs!

So the ancestral line maintenance and egg-freezing part of this cancery tale are now done and dusted and it's another win for VC and the Fellowship. I did shed a few happy tears and neck a celebratory green juice when they confirmed they'd frozen 8 ringlet'd eggs yesterday - must have been some leftover hormones I reckon because I am hard as nails, they are just eggs and this is just a process, as we all know...

Finally, thank you all as ever for your ongoing support, messages, late-night calls, lifts and good humour in the face of some stiff challenges this last fortnight - apologies to those who have been forced to nod politely whilst desperately seeking an escape route as I discuss my ovaries, egg count and possible infertility in great detail with them at the bus stop. Rest assured that I have no idea who this new VC is either but apparently she likes to chat...

Till next week, my friends,

p.s amazing what you find in Google images under 'frozen eggs'. Wowsers, Disney. 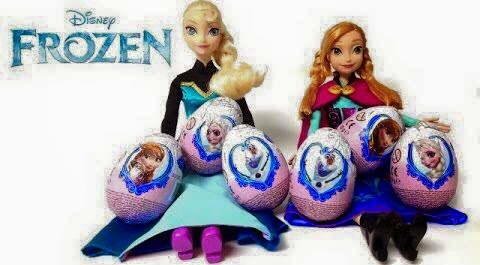