* BYE TO THE BOUFF & A BIG HELLO TO WIGGY

In the (paraphrased) words of Billy Ocean, when the going gets tough, the tough grab a wig, stick on a massive pair of shades and go shoe shopping… 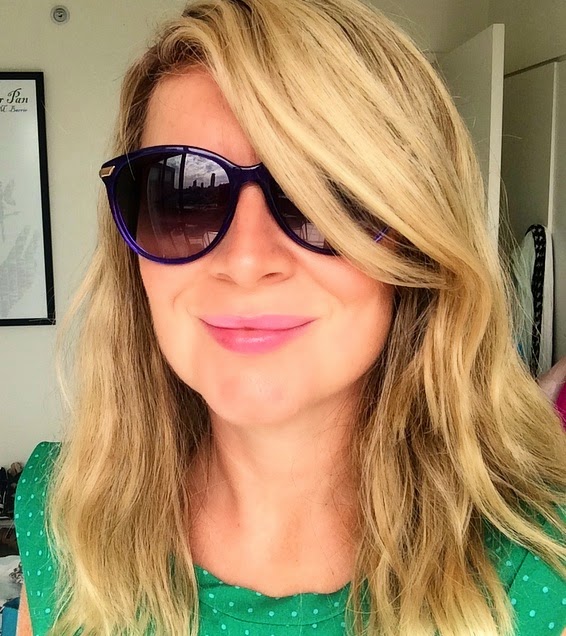 So the Bouff had been smugly defying medical statistics, laughing in the face of 'begone by Day 16' and hanging on for dear life, possibly spurred on by the prospect of an hour with its ginger hero, Ed Sheeran, on Friday afternoon.
There may or may not have been a murmured conversation at some point chez Victoire that went along the lines of 'if you don't hang on till Friday, then the wig gets to see Ed - up to you..." but I can't be sure. Emotionally blackmailing one's own hair with the promise of Ed Sheeran would be sinking to new depths even for me.
But continue to hang on it did and celebrated Hug-a-Ginger Day with me, Sheeran and my good pals and ex-radio colleagues at 2Day FM on Friday. Special thanks to the delightful Sophie Cook for pulling some powerful strings and making a little ginger's day. Ed's, not mine obviously - I'm strawberry blonde. Just a shame we didn't manage to do the meet and greet but sure he'll get over the disappointment eventually, bless him… 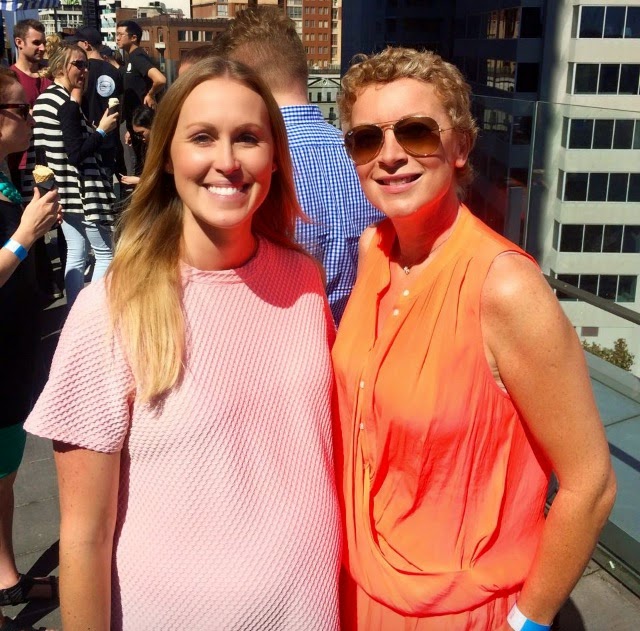 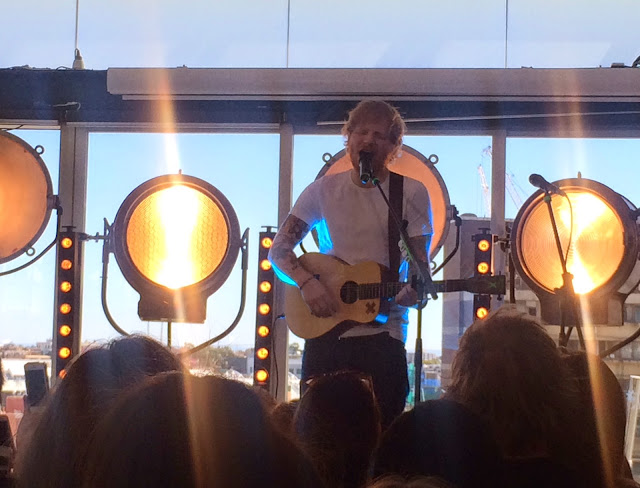 Saturday morning and it was clear from Bob chasing random strawberry-blonde hairballs round the bedroom, that the Bouff was finally ready to take a long-overdue leave of absence. Concerned that one gust of wind would have a dandelion-esque effect, I sent up an emergency flare to the man-slaves. We had already established some weeks ago that their inexperienced (and frankly unwilling) hands would not be allowed within ten paces of my head with a pair of clippers so instead we set off in search of a responsible adult and a hair salon.
Having encountered a dead-eyed teenage receptionist in the nearest barbers who strangely didn't react as quickly I would have liked when faced with 3 latte-waving nutters at 9am shouting 'chemo', 'hair loss' and 'clippers NOW!' at her, we instead headed straight for my regular hairdresser Roger who had previously offered to do it after hours at his salon when the time came. Roger took one look at me and said 'Come back at 5. If I'm going to give you the shortest haircut you'll ever have, let's wait till everyone's gone". Gulp.
So after a lovely day wafting about and avoiding the sea breeze with my favourite boys in Bondi, we headed back to Rog to give the bouff a final farewell. It felt weirdly karmic getting a bloke called Roger to send the bouff off to the big hair salon in the sky - for those who don't know, my curly-haired Dad was also called Roger and whilst he, like Matt and Jez, may have also been slightly intimidated by the massive scissor-wielding guns, I think that he would have been proud to hear his namesake mutter 'the curl is strong' like a beefed-up Obi-Wan Kenobi as he snipped away...
So in short (no pun intended), it's Day 21 and Le Bouff is no more. Please welcome Wiggy to the Fellowship.
I was supposed to do an all-day meditation course on Sunday but after 30 minutes of attempting to stick various hats and scarves on my bonce with one arm and zero success, I texted my friend Nikki and whinged that I was currently treading a fine sartorial line with the headwear and was either looking like Captain Jack Sparrow or Toad of Toad Hall disguised as a washerwoman.
"What would bloody Kylie do?" I asked.
"She'd ditch the meditation, wig up, put some hotpants on and go shoe shopping" came the helpful reply.
So Wiggy finally got her swishy, straight-haired debut. The hotpants, I hasten to add, did not. My meditation course was missed but shoe shopping with a pal in a brand new swishy wig and massive shades should be up there as one of the best forms of relaxation there is.
On a semi-serious note, I'm aware the hair loss thing is one of the most confronting elements of this cancery journey for us chicks, and this has been no different for me, as I'm sure all of you have gathered from the multiple posts dedicated to it. Having gone from an Aslan-esque ringlety mane to bugger all bouff in 12 weeks is somewhat surreal and was the one thing I genuinely could not get my head around back in January. Hence my constant badgering of poor Dr Dave and Dr Dear 'But are you sure? Really? Like properly ALL go? But what if I've got a weird-shaped head? Waaaah!'
Now the day is here however, it's actually ok. I've been waiting to have the waaaaah moment since Saturday but so far it hasn't come and I'm not sure why.
Maybe it's because I'm a drama queen at heart and the idea of wafting about incognito in a straight haired wig for a few months appeals to the show-off / master of disguise in me. Maybe it's because I'm enjoying finally buying hats that would never previously fit over the bouff. Maybe it's because a few people have confessed they prefer the wig to the ringlets. Or maybe it's because it's finally dawned on me that in the grand scheme of things, it's just hair, it will grow back and I have a few other things to concentrate on over the coming months.
So I've decided after much thought (and probably to everyone's relief) that there won't be a 'VC goes bald' shot. Despite the hair-related name of this group, I'm not devastated by the loss of my hair and my posts are categorically NOT about repeating and reinforcing the sometimes gloomy side effects of cancer treatment that we all already know about and that largely tend to scare the living bejesus out of us.
Personally, I don't think that dwelling on the downsides and details is massively helpful, either to me now or to anyone else facing treatment in the future. This hair loss is part of the cure, it means chemo is working and as a result should be embraced, not feared. It's just another step on the road to good health and full recovery so with that in mind, it will get no more special attention from me than any of the other side effects.
However, there will of course be a fabulous wig-alicious selfie because it's important that my family and my friends (that's you lot) know that I'm ok and not crying salty tears under my duvet or burying my face nostalgically in the Bag of Bouff (where my ringlets now live).
Checkpoint reached. Checkpoint passed. All is well.
Tomorrow is Chemo #2. One-third of the way through. Bring it on.

P.S Meanwhile, here's little Ed playing my current favourite tune, (the appropriately-titled for a chemo patient), 'Bloodstream' like a guitar-thumping ginger ledge...(this apparently won't work if you're outside Oz, everyone therefore move to Sydney immediately!)
https://www.facebook.com/video.php?v=784998681577651
Posted by Vicki Connerty at 23:00